China is the largest pork consuming and producing country in the world. Statistics have shown that the annual volume of pork consumption from 2010 to 2018 has already passed 50 million tonnes in China, with over 700 million pigs on the market. According to data collected by Qcc.com, there are 410 thousand pig enterprises within China with 330 thousand pig enterprises in operation.

The price of pork has soared across China since last year, and therefore, many enterprises intend to enter the pork industry this year. Recently, China Vanke has recruited a number of job positions in the pork industry. This news went viral on the internet in China, and many Chinese companies have followed suit. The data collected by Qcc.com shows that the number of enterprises registering in the pork industry reached 12 thousand in the first quarter of 2020, although COVID-19 spread throughout China during that time, which was 1.5 times the number from the same period last year. During the second quarter of 2020, with the improvement of the COVID-19 situation, the number of registered pork enterprises reached 25,000, which is a surge of 178% compared to the same period last year. Data from Qcc.com also shows that the registered capital of 71% pork enterprises is no more than RMB 1 million, with only 3% of pork enterprises registering with a capital of over RMB 10 million.

According to Qcc.com, before China Vanke’s business in the pork industry, other Chinese top real estate enterprises such as Country Garden, Wanda, and Evergrande also started business in the pork industry. In addition, internet enterprises such as NetEase, Alibaba and JD.com apply their advanced technologies to pork breeding. For example, AI pig face recognition is a technology to identify a pig’s information such as a pig’s code, parents, breed, growing environment, health condition as well as food intake; Alibaba Cloud’s ET Brain is a technology that provides methods and solutions for pork enterprises.

Muyuan Group plans to build around 100 pig farms in Nanyang city, Henan province in 2020, with the goal of sending 10 million pigs onto the market. The president of Muyuan Group said during an interview that keeping pork production volume steady is one of the top priority projects that affects people’s livelihood. It is also an important political task for the Chinese government. Muyuan’s pig breeding project, with a total investment capital of RMB 12 billion, can help increase job positions, promote economic development in various industries such as commercial and trade logistics, finance and insurance, construction as well as catering services.

According to the president, last year, Muyuan put 11 million pigs on the market, and it was expected that there would be between 17.5 million and 20 million pigs on the market this year. Although COVID-19 makes the international economic situation more complicated, the goal of Muyuan to become an international enterprise will not change. Muyuan is devoted to producing more pigs, and making more contributions to the development of the society and economy.

For more information on China’s pork market, please check our resources on Food and Feed market or email emarket1@cnchemicals.com. 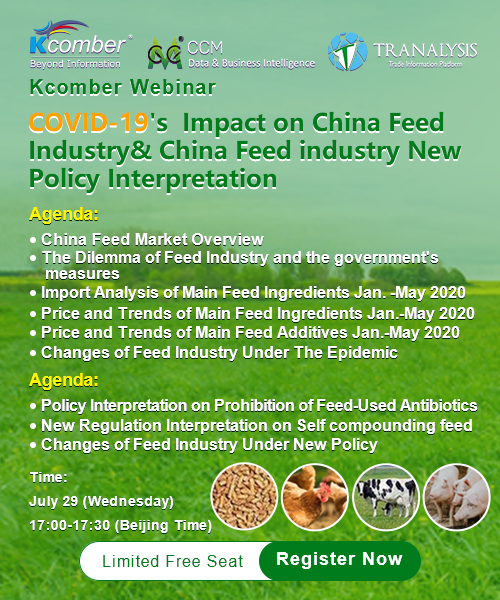