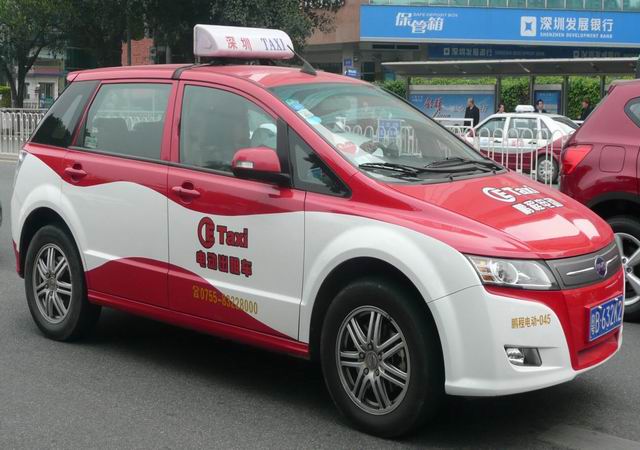 China’s commitment to building 12,000 EV charging stations and 4.5 million charging points by 2020 could be a “game-changer” for the country’s EV market, according to analysts CCM.

The target was originally announced on September 25 by the press office of the State Council, China’s government cabinet chaired by Premier Li Keqiang, and then reinforced last Friday (October 9) by the publication of a set of Guiding Opinions on Propelling the Construction of Electric Vehicle Charging Infrastructure calling for the construction of a charging infrastructure capable of coping with up to 5 million EVs by 2020.

CCM calculates that meeting this target will require an investment of up to RMB120 billion (USD19 billion) based on current costs, which Beijing plans to fund through a combination of public and private capital.

If the goal is achieved, it is certain to have a dramatic effect on China’s charging infrastructure. As of 2014, there were only approximately 30,000 charging points in the entire country, according to think tank ChinaEV100, and a lack of charging infrastructure has long been perceived as a major roadblock to faster growth in EV sales.

Though China’s EV market is growing very fast in percentage terms, with production of EVs up over 300% year on year during January-August 2015 at 123,500 units, this is a drop in the ocean compared to the 15.5 million vehicles produced in China overall during the same period, and is far lower than the government’s target of 500,000 EV sales during 2015.

However, last Friday’s announcement could mark a turning point, not only due to the scale of the planned investment, but also because it indicates a clear evolution in Chinese government policy, according to Stanley Wang, editor of China Li-ion Battery E-News:

“China’s willingness to pour money into the EV market has never been in doubt - what is new is that the government is approaching things more systematically and making sure that the money is being spent more efficiently.

“Until recently, support was provided mainly through subsidies to make EVs more price competitive, but not enough attention was paid to other barriers such as the chronic lack of charging infrastructure, and policies were often uncoordinated, meaning that the infrastructure that was installed was incompatible with many vehicles.

“But we have seen real progress in recent weeks, and the government now appears to be on the right track. We think that, together with the other recently announced policies, this latest commitment to building 4.5 million new charging posts could be a real game-changer for EVs in China, particularly BEVs.”

The target for constructing charging points is just the latest in a series of policy measures to boost charging infrastructure announced by Beijing in the last six weeks.

New legislation aimed at standardizing charging stations and battery-swap stations came into effect on September 1 and October 1 respectively, while new universal standards for charging points are currently being developed and are expected to be published in early 2016.

Also in the pipeline is a new policy to regulate the number of charging points provided in municipal car parks, with requirements expected to include the provision of one charging point for every ten parking spaces outside major public buildings and in public car parks.

When asked for details about the new car parks policy, Lu Kehua, deputy minister of China’s Ministry of Housing and Urban-Rural Development stated: “It is a great wish that every EV should be equipped with one charging point.”

Meanwhile, the September 23 State Council meeting gave an indication of the shape of future supporting policies. According to a press briefing on September 25, during the meeting Premier Li called for entry barriers to the charging infrastructure market to be lowered and for measures to encourage private capital to invest through public-private partnerships or even as sole proprietors. Individuals and communities will also be allowed to set up their own charging points in their homes and residential areas.

Central and local governments will also be encouraged to help private investors finance the construction of charging points by creating special investment funds and bonds, and by allowing private companies to charge fees for the usage of their charging points and developing payment methods to allow them to do this.

The flurry of government announcements has sent the stock prices of charging providers soaring in recent weeks. On September 22, the shares of Qingdao Tgood Electric Co., Ltd., Hangzhou Zhongheng Electric Co., Ltd., Shanghai Potevio Co., Ltd., Zhejiang Wanma Co., Ltd. and Shenzhen Auto Electric Power Plant Co., Ltd. all hit the 10% daily limit for price rises, and have continued rising since then, with all these companies hitting the daily limit again on October 8.

And industry experts expect that this could be just the beginning. One Chinese security analyst commented to CCM:

“Market demand for charging infrastructure is increasing following the explosion in sales of alternative energy vehicles. The stock prices of relevant companies will continually rising for some time to come,” said the analyst.

CCM will continue monitoring the success of these reforms as they are implemented and will post regular updates in our Li-ion battery market newsletter, China Li-ion Battery E-News.

CCM is the leading market intelligence provider for China’s agriculture, chemicals, food & ingredients and new energy markets. Founded in 2001, CCM offers a range of data and content solutions, from price and trade data to industry newsletters and customized market research reports. Our clients include Monsanto, DuPont, Shell, Bayer, and Syngenta. CCM is a brand of Kcomber Inc.