CCM-Will China Diquat Market Profit from the Ban on Paraquat

With just 9 months to go until China’s ban on paraquat AS comes into effect, diquat AS appears to be well placed to fill the gap in the market. But diquat could also be vulnerable to a similar ban. CCM examines the risks and opportunities for China’s diquat market in 2016... 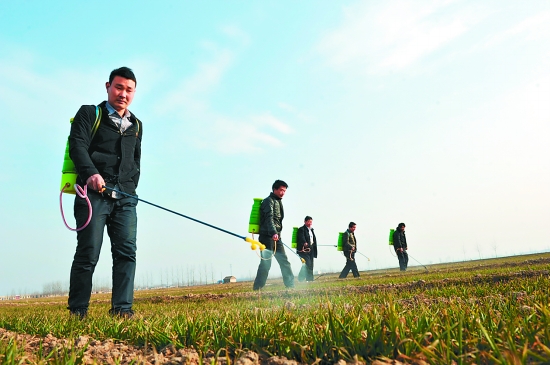 Background: the ban on paraquat AS

Paraquat is the second most popular herbicide in the world, but it is highly toxic and studies have found that ingesting just 3 grams of it can cause failure of the liver, kidney and other organs, fibrosis of the lungs and respiratory failure. There is no known antidote.

Due to the relatively high risk of accidental ingestion, aqueous solutions (AS) of paraquat have been banned in over twenty countries worldwide, including Australia, Germany, the UK and Malaysia, and now China is following suit.

Producing paraquat AS for the domestic market was made illegal on July 1, 2014, and on July 1, 2016 the sale or use of paraquat AS will also be outlawed. China’s Ministry of Agriculture also re-classified paraquat as a highly poisonous substance on July 28 this year.

Paraquat is a huge industry in China, so the fallout from the ban will be significant. According to CCM’s research, China produces 150,000 tonnes of paraquat per year, and it is also the main downstream market for related products such as pyridine, over 200,000 tonnes of which is produced in China each year.

Though only 20,600 tonnes of this paraquat was consumed in China, with the other 130,000 tonnes being exported, the ban will still leave a significant gap in the market.

“We estimate that sales of paraquat products in China will halve following the ban on paraquat AS,” said Li Zhonghua, Secretary General of the China Crop Protection Industry Association (CCPIA).

This would reduce consumption by over 10,000 tonnes, handing manufacturers of substitute herbicides a big opportunity.

Diquat as a substitute for paraquat: the positives

The close similarities between diquat and paraquat make diquat an excellent like-for-like substitute for paraquat. The substances are both dihydropyridines herbicides and non-selective contact herbicides, and are both main competitors to glyphosate in the non-selective herbicide market.

Diquat is also more effective as a weedkiller than other substitutes such as glyphosate and glufosinate-ammonium, an though it is not quite as effective as paraquat, it has the advantage of being less toxic.

And it also very cost-effective compared to its rivals. The average ex-works price of diquat is about 5 times lower than glufosinate-ammonium TC (technical), according to CCM’s research, and Chen Zaoqun, Editor of Herbicides China News believes that this is unlikely to change in the near future:

“Due to Chinese manufacturers’ limited production technology, the price of glufosinate-ammonium is unlikely to reduce significantly even as production capacity expands,” commented Chen.

Though diquat TK (technical concentrate) is twice as expensive as glyphosate, glyphosate resistance is becoming an increasingly serious problem around the world and many farmers are turning to diquat since it has no equivalent resistance issues.

The attention Chinese manufacturers are paying to diquat testify to its strengths as a substitute for paraquat. Several major manufacturers have promoted new diquat formulations this year, including Nanjing Redsun Co., Ltd., Zhejiang Yongnong Chem. Ind. Co., Ltd. and Shandong Luba Chemical Co., Ltd. Of these, Nanjing Redsun’s launch of Fanchu - a 20% diquat cation AS sterilant herbicide - is particularly noteworthy since it appears to be specifically aimed at capturing the paraquat market.

Not only is diquat similar chemically to paraquat, even its registered formulations closely match its rival. Approximately 90% of paraquat’s formulation registrations in China are AS, while for diquat the figure is 100%, according to China’s Interstate Compact on Adoption and Medical Assistance (ICAMA).

“It may be the end of an era for paraquat after the ban comes into force,” commented Chen. “Diquat will gain a large development potential in the domestic market [following the ban on paraquat AS], which was previously occupied by paraquat.”

Diquat as a substitute for paraquat: the negatives

Although diquat has a lower toxicity than paraquat, toxicity is still one of the similarities between the two products and could be a problem for diquat going forward.

Indeed, the toxicity of diquat is highly contentious, especially following the Ministry of Agriculture’s decision to list paraquat, but not diquat, as a highly poisonous herbicide. Despite the similarities between the two substances, diquat was labelled ‘low-toxicity’ and ‘medium-toxicity’.

According to reports from agrichem.cn, experts inside the Shandong Provincial Department of Agriculture also considered including diquat in the Catalog of High-Risk Pesticides when they were compiling the Catalog in late August.

Had diquat not escaped inclusion, the consequences could have been severe, according to Chen:

“If diquat had really been listed in the Catalog, the Ministry of Agriculture would have immediately tightened its supervision of diquat according to China’s laws on high-toxicity pesticides,” said Chen “There would also be a high risk of diquat AS being banned altogether, as in the case of paraquat. Since all of diquat’s registered formulations are currently AS formulations, this would be mean the end of diquat in China.”

“There is still a risk that the toxicity level of diquat may be revised upwards in future,” Chen added.

If you are looking for more detailed intelligence on China’s diquat market, take a look at some of CCM’s latest research below:

Trade Data - you can find detailed data on every Chinese diquat supplier and trader, and what specifications and prices they are offering, in our Import /Export Analysis reports

Market Data - get regular updates on the price, production, consumption, manufacturing costs and leading producers of diquat in China with our Market Data service

CCM Agrochemicals gives you access to the most comprehensive intelligence on China’s pesticides market available anywhere at an extremely competitive price.

To try out CCM Agrochemicals free for seven days, sign up here: www.cnchemicals.com/Page/membership/applyMembership.aspx

CCM is the leading market intelligence provider for China’s agriculture, chemicals, food & ingredients and life science markets. Founded in 2001, CCM offers a range of data and content solutions, from price and trade data to industry newsletters and customized market research reports. Our clients include Monsanto, DuPont, Shell, Bayer, and Syngenta. CCM is a brand of Kcomber Inc.